Inicio Blog THE VINEYARDS OF JEREZ 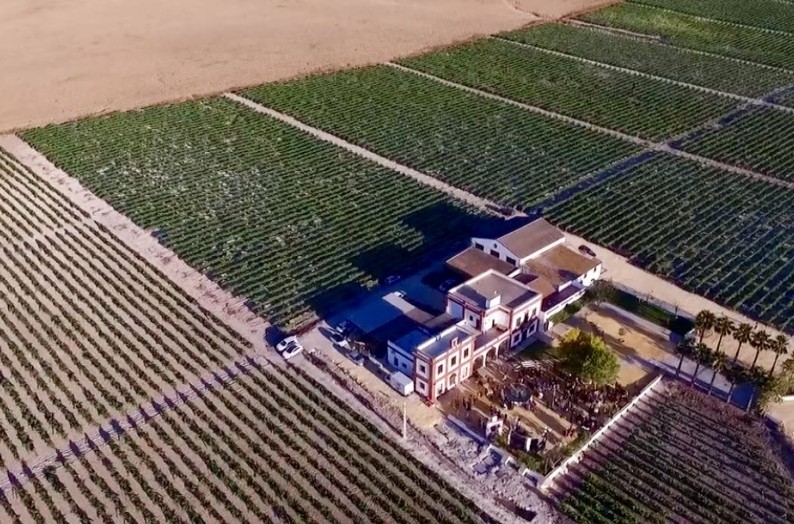 The well-known "triangle of Jerez" is located between the towns of Jerez de la Frontera, El Puerto de Santa María and Sanlúcar de Barrameda, although it also includes certain "payments" or lands of the towns of Chipiona, Trebujena, Rota, Puerto Real , Chiclana and Lebrija.

The total extension of the production area is approximately 10,500 hectares, distributed among an approximate number of 3,000 wine growers, many of them belonging to one of the seven cooperatives in the Framework.

The geographical factors are very important when defining the vineyard, The most relevant climatic conditions of the Marco del Jerez are the following: An average of almost 300 days of sunshine per year, wide thermal oscillations, with very hot summers and mild winters, high rainfall, with high concentration of rainfall between the months of October and May

The west wind brings the humidity and freshness of the Atlantic, while the dry, warm and warm, helps the grapes ripen.

The Regulation authorizes exclusively the use of three grape varieties, all of them white: Palomino, Pedro Ximénez and Moscatel. The first of these is, without a doubt, the fundamental variety in the production of Jerez wine, while the other two, due to their higher sugar content and organoleptic characteristics, are mostly used for the production of sweet wines.

The Palomino grape is undoubtedly the queen variety of Jerez. Thanks to its special viticultural and oenological characteristics it has been spreading more and more and today it is the predominant variety in the elaboration of Jerez; Approximately 95% of the total vineyard area of ​​the Marco is dedicated to this variety. It is a relatively "neutral" variety from the point of view of its organoleptic connotations, although experience has shown that it is ideal for the entire subsequent further process of parenting, at which time Jerez reaches its true dimension as came.

Graft holders (phylloxera resistant American vine) are usually planted in January. Subsequently, in August, once the roots have been conveniently developed, a yolk of the vine variety (palomino) is manually grafted.

During the first years, pruning is aimed at driving the growth of the plant, so that it reaches the desired height - about 60 cm - for its production phase (from the fourth year).

Each year, one "rod" with eight buds will be allowed to develop on one end, while only one "thumb" with one (or two) buds will be left on the other arm. The following year, the yolk of the thumb will give rise to the new wand while the wand of the previous year will be pruned leaving only one yolk. In this way, production is obtained alternatively in one or another part of the plant.

Another traditional work in the Marco de Jerez is the "aserpiado" or "alumbra"; land preparation to maximize rainwater harvesting, based on creating barriers around the strains.