THE "ZAMBOMBA": VILLANCICOS AT THE RHYTHM OF JEREZ

Inicio Blog THE "ZAMBOMBA": VILLANCICOS AT THE RHYTHM OF JEREZ 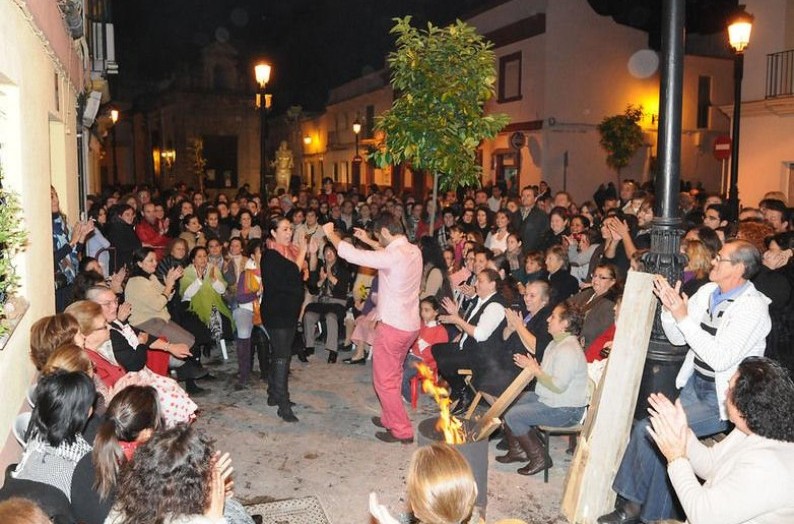 THE "ZAMBOMBA": VILLANCICOS AT THE RHYTHM OF JEREZ

A candle in any square, the neighbors around. The jingle of a tambourine, the cracking of the guitar, a drawer, the palms and the Jerez carols sound. This is how Christmas is lived in Jerez, in a passionate way, full of charm and art.

The celebration was born in the neighborhood yards, where they gathered to make Christmas sweets - such as pestiños, fritters or donuts, typical of this area -, singing Christmas carols, touching the palms and drinking anise, origins that are not documented, but the tradition Oral maintains that they have been held since the end of the 18th century.

Its boom was at the beginning of the twentieth century with the inclusion of the Andalusian carol - the lyrics adapt and flatter -, for a few decades after languishing and resurfacing strongly towards the 80s of the last century, currently living a golden age.

What gave Zambomba de Jerez a special character is its deep connection from the beginning with flamenco, the hallmark of our town, and that has remained until today. In this way, flamenco and carols have united forever in a popular and mass expression.

As the party progresses, it is easy to verify that this party is feminine territory, since here the most relevant positions are reserved for them, to women of a certain age in their majority, keys in the maintenance and transmission of the oral tradition of the Christmas songs. His strength, his grace, mark dances and letters around the fire.

Because they are the best "know the repertoires, which put more momentum and desire in the interpretation of the couplets, which more regularly go to the center of the ring to mark a dance." Its presence is palpable, it is felt by all those present and this is reflected in the document that declared Cultural Interest this unique party, La Zambomba.

The excitement is such that few are those who resist touching the palms to the rhythm of the music and sing any of the lyrics: Madroños to the child, Walk the Pure Virgin, Calle de San Francisco, ... Christmas carols that resonate in the squares, while The child attends attentively to the show he is witnessing, the teenager is encouraged to participate, even shyly, the adult enjoys how he had not done it for a long time, and the old man remembers the Zambombas of yesteryear, in which he killed and met a party that endures by oral transmission from parents to children.