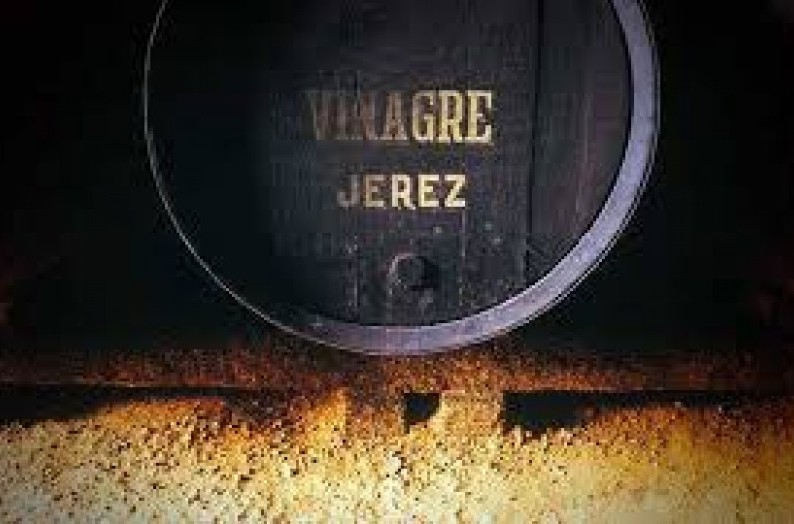 Vinegar, from the French "vin aigre" (sour wine), is a product obtained by the action of the acetic bacteria on a hydroalcoholic solution. Vinegar can be produced from any food that ferments alcohol (apple, beet, rice and, of course, wine). Sherry Vinegar is made exclusively from Sherry Wines.

The secret of the unique character and the extraordinary quality of the Sherry Vinegar is its origin. The Vinegar of Jerez is born from the Wines of Jerez, noble wines par excellence, from which it inherits unsurpassed qualities and nuances. It is, therefore, the region known as Marco de Jerez, where these unique wines are made, the place of origin of the Sherry Vinegar.

Like the Sherry Wines, the Sherry Vinegar is aged following the traditional system of hatcheries and solera, a genuine and prolonged aging that sometimes exceeds 10 or 20 years and that explains the richness and high concentration that characterize the Vinegar from Jerez.

Bottling vinegar is extracted exclusively from the row of barrels located at ground level, called solera, which contains the oldest vinegars.

The types of sherry vinegar in the market are:

Its class highlights the unmistakable and powerful aroma loaded with nuances of great diversity: memories of vanilla, dried figs and raisins, notes of old Jerez wine and of the wrapped wood. To this is added a flavor to the acid and drying palate, which in the end reminds us of its Jerez origin. Its mahogany color with bright amber reflections has a close relationship with its upbringing, which is between two and ten years.

Its peculiar aroma of deep acidity, contains in addition to notes of Oloroso old wine, the memory of its aging for more than ten years in oak, which reveals the secrets of its stay in the cellar. Hence its broad, dry, balanced flavor, with an acid and prolonged post-taste, and notes of nuts and spices. Stresses in turn, its deep mahogany color silky texture.

Semi-sweet vinegar that owes its origin and personality to the Jerez wine from which it inherits its name. Its sweetness on the palate is the feature that best defines it, together with its smooth and unctuous taste. With a sharp aroma, it highlights the evocation of pasteurized fruits, such as roasted or licorice. In view, its deep dark mahogany color accentuates its body and density.

It comes from the wine of Jerez Moscatel a semi-sweet vinegar, with a mahogany color of a singular liveliness. Its aroma cannot deny its origin in this grape variety, which is combined with the fresh essences of passed fruits. When tasting it, its great sweetness, naturalness and velvety texture stand out.