Inicio Blog THE VICTOR AND THE VENENCE 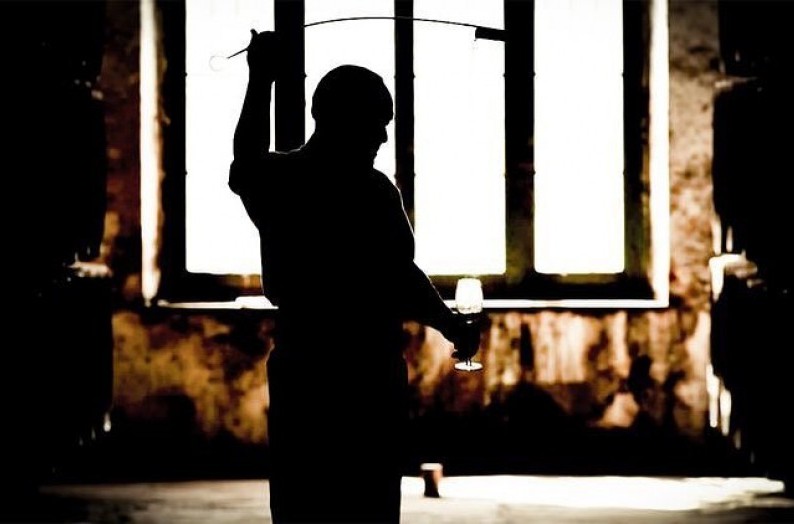 The office of Venenciador is one of the oldest, traditional and genuine of the Marco de Jerez.

The Jerez boot has a hole in the center, -by the so-called "bojo" of the boot- is where the sample is extracted to taste the contents of a boot.

It is a very frequent practice in the winemaking process itself.

For centuries, in the wineries of Jerez, Sanlúcar or El Puerto, the venenciadores help foremen and tasters to obtain these samples. Entering their venerations through the booty of the boots, they extract the wine from inside the vessel and skillfully deposit it in the catavinos, so that the tasters can appreciate all its aromas and nuances.

The venencia will allow us to extract a small amount of totally clean and bright wine and pour it into the catavinos from a certain distance, which helps the wine to “open” in the glass, allowing tasters to appreciate all its nuances. It is therefore not a simple mastery or a spectacular way of serving wine, but a task that is carried out daily in the cellars and that is completely irreplaceable.

Venencia is the instrument that gives its name to the office of the veneer. Although its origin is not clear, some authors place it in antiquity. In the Museum of Historical Art in Vienna, a Greek pottery is preserved in which an ephebe is reproduced that handles an instrument of astonishing similarity to our current venerations. According to historians, it is a crater from 490 BC.

The name of this instrument is directly related to its traditional function in the purchase and sale of wine, in which it was always necessary to take a sample of the product object of the transaction to arrive at a "compromise" or agreement on its price. The venencia is an instrument formed by a long flexible stem, with a kind of glass or beaker on one end and a hook on the other.